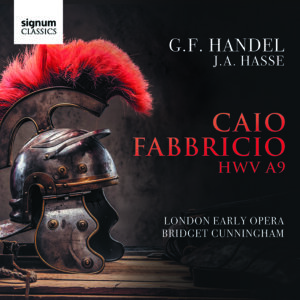 “They are unashamedly intended to please the senses and, in the hands of stylistically informed players, they never fail to do so. Bridget Cunningham is just such a player…  her ability to entertain unassailable” ★★★★★ 5 Stars

We have launched a NEW fundraiser ‘Raise the Roof’ – to raise £10,000 for recordings, streamed performances and our Handelians educational scheme. Please support us:  https://www.gofundme.com

All of our Albums are available here from:   London Early Opera Archives – Signum Records

Shortlisted for nominations for the Gramophone Awards 2020

“The playing is so beautifully focused…Splendid in every respect.”

“This is as polished an account as any on account of Sophie Bevan’s unerring sense of decorum for what each movement requires.”

“the performances all boast star quality”

“Cuzzoni and Faustina’s rivalry in 1720s London allegedly culminated in a bust-up during Bononcini’s Astianatte, in front of royalty. Both Bevan and Crowe sing from the opera, and together they perform a duet from Alessandro. Crowe draws the long straw with Cuzzoni’s show-stoppers from Giulio Cesare and Scipione, but Bevan’s sweet tone and instrumental style shine in lesser works for Faustina.”

All our albums are available from Signum Records

Listen to our music here 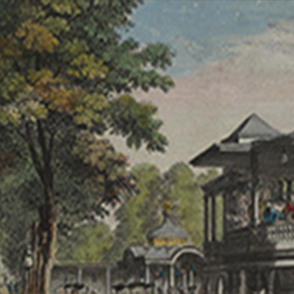 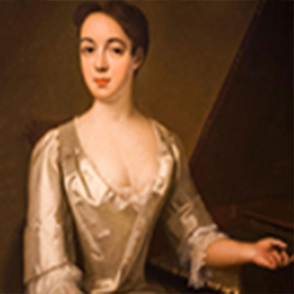 London Early Opera has made an impact around the world for outstanding performances imaginative programmes, award winning research of baroque music, acclaimed CD recordings and for nurturing international singers and musicians in the baroque style.
Our Artistic Director, Bridget Cunningham coaches and directs from the harpsichord and researches the music with a group of leading historians and musicologists from around the world creating our own new editions and scores. Our emerging artists scheme The Handelians focuses on the development and education of exceptional singers and musicians inspiring the future generations – one of Handel’s passions.
LEO is expanding its recording series with Signum Classics exploring Handel’s colourful life, influences and experiences which inspired his magnificent musical legacy. Handel in Italy Volumes 1 & 2, Handel in Ireland, Handel at Vauxhall Volumes 1 & 2 and Handel’s Queens LEO was shortlisted for nominations for Gramophone Music Award 2020:

Since 2008 our diverse performances range from Handel’s Semele, Acis and Galatea, Messiah, Bach’s Easter Oratorio, Trafalgar Day Concert with Jamie Crick, a 400th Anniversary concert of Monteverdi‘s 1610 Vespers at Southwark Cathedral, Couperin’s Leçons de ténèbres, several performances at the London Handel Festival, Handel Hendrix and the Foundling Museums, a recording for period instruments of the Shropshire Lad by George Butterworth and a live broadcast for BBC Radio 4 on the River Thames celebrating the 300th anniversary of Handel’s Water Music with a world premiere BBC commission.

LEO are currently fundraising for £10,000 towards future concerts, educational work and world premier recordings to support our musicians in need.

We have no overheads or office costs and all donations given go directly towards music making – musical research, editions, education, recordings and performances.
London Early Opera established in 2008 and is a UK Registered Charity No. 1143989 working in partnership with the French Association CréAquitaine. 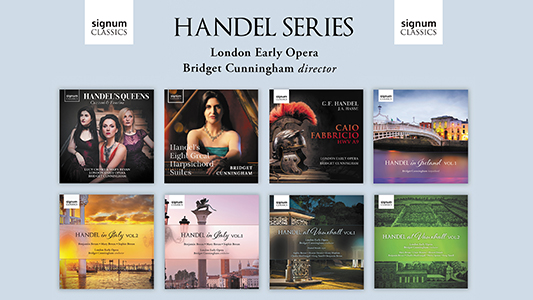 Our emerging artists educational scheme The Handelians focuses on the professional development and education of exceptional young musicians inspiring the future generations – one of Handel’s passions.

Singers and instrumentalists from LEO offer advanced coaching sessions on musical techniques, historical performance practice, repertoire as well as career advice. We also offer workshops for schools and conservatoires based on the National Curriculum or purely for enrichment.

LEO can help students build a lifelong love of baroque music and bring authenticity and originality to the forefront by introducing historical instruments, baroque style and a wonderful cultural heritage.

Our Artistic Director, Bridget Cunningham and various members of LEO have given specialist lecture recitals on music and art for the Royal Academy of Arts, Handel Hendrix Museum, Royal College of Music and the National Gallery. We also make and feature on videos, talks and podcasts for online forums and platforms such as Vocalista, the Oxford Youth Choirs ‘Saturday at Noon’ series and Living Room Live. And have our own YouTube Channel

All of our artists are leading exponents of baroque research and work closely with other musicologists, historians, editors and researchers as we believe that music is the ultimate learning and sharing opportunity.

One of LEO’s theorbo player Cesar Queruz played for young pupils with learning needs at the Jack Tizard school. The Deputy Head said “It was a really positive, enjoyable experience for the children and for the staff.” Teaching assistant Suzanne said “Some of the children would not be able to travel to concerts and live music is such a stimulus for our kids.” One of the pupils Jamie, summed up what he thought of the LEO musician “more!” LEO has run Baroque Music Creative Workshops at Streatham & Clapham High Junior School and other educational establishments.

Bridget Cunningham opened the Royal Academy of Arts exhibition, London Watteau and Handel: 18th Century Music in London and Paris and gave a lecture recital with musical highlights from the Baroque Era – the time of Watteau and Handel – capturing the spirit of the stunning music performed in both fashionable cities.

The financial effects for all charities including LEO are severe. Your valuable donation will enable us to continue our programmes and support our freelance artists and partners.
London Early Opera  is currently looking for supporters and sponsors to help promote this glorious music, to be able to put on more concerts and recordings – as well as support our extensive education programme for all students and from all backgrounds and levels.
For your donations, please click on the link below:

Your generous donations can be enhanced by our recovery as a charity of Income Tax through the UK Gift Aid Scheme.